I Found A New Recession Indicator That Says LOOK OUT BELOW

Mike Maloney was excited. It was our weekly company meeting, and he interrupted it to tell us all about a new recession indicator he’d just discovered. In fact, he said it is “one of the most reliable indicators of a pending recession I have ever come across.”

And that’s the basis of his just-released video, “I Found a Brand New Recession Indicator and It Says Look Out Below!”

He showed us a series of charts, some of which were highlighted in his Early Warning Webinar. They include the Wilshire 5000 Index, the US monetary base, and the federal government’s tax receipts. And it is the correlation of those charts that formed the basis of what Mike calls the “financialization of government.” And then he showed us a new indicator that has a strong track record of predicting recessions.

Since 2000, the data show that tax revenues fall when the stock market falls. In other words, a rising stock market feeds higher and higher tax receipts to the government. If tax revenues fall, however, federal income declines, because less tax on capital gains come in. And this leads to an expansion in the deficit. You’d think the government would be better prepared for this reality, but they never are because they never plan on a recession.

So when the stock market inevitably crashes, the government reacts by lowering interest rates, printing money, or expanding government programs – all of which, of course, grow the deficit even larger.

But where the story gets very interesting is when Mike compares tax revenue to the timeline of past recessions, particularly tax receipts on corporate income. You might think that tax revenues would fall after a recession starts – but what the data show is that tax revenue in most cases has fallen before a recession.

As Mike shows, in 14 of the last 17 times that corporate tax receipts have begun to roll over and decline, a recession started not long after. In other words…

A drop in corporate tax receipts has frequently predicted a recession.
And guess what? Corporate tax revenue has started to fall.

Given how high the stock market has climbed, this source of tax revenue will drop hard when the stock market crashes. Indeed, the second-longest bull market in stocks could mean a bigger crash than normal — and a nastier recession than many expect.
See for yourself in Mike’s new 12-minute video, I Found a Brand New Recession Indicator That Says LOOK OUT BELOW! If you enjoyed watching this video, be sure to pick up a free copy of Mike’s bestselling book, Guide to Investing in Gold & Silver: https://goldsilver.com/buy-online/investing-in-gold-and-silver/

(Want to contribute closed captions in your language for our videos? Visit this link: http://www.youtube.com/timedtext_cs_panel?tab=2&c=UCThv5tYUVaG4ZPA3p6EXZbQ) 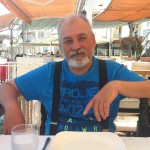